Strategies for Nature, Climate and People 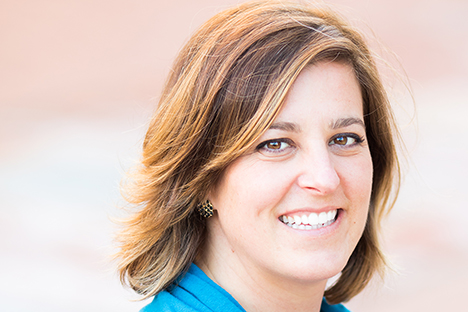 This year's annual S.J. Hall Lecture in Industrial Forestry will discuss how healthy forests are critical to addressing the climate crisis, ensuring human well-being and providing wildlife with what they need to survive. Yet efforts to conserve forests are not delivering at the speed or scale that’s needed to do so. We need new "forest positive” approaches that align public and private efforts, go beyond doing less harm and strive for reaching science-based targets.

Bio: As senior vice president for Forests, Kerry leads a portfolio of strategic initiatives in pursuit of WWF’s goal to conserve the world's most important forests. Among the initiatives, we are using an innovative financial model to ensure forest protected areas are properly managed, strengthening laws to stop illegal logging, and scaling efforts to address threats to forests from agricultural expansion and infrastructure development. In 2006, Kerry successfully launched the North American program of WWF’s Global Forest & Trade Network (GFTN), forging partnerships with P&G, Kimberly-Clark, Walmart, Williams-Sonoma, Inc., and others. She also managed project start-up for the Sustainable Forest Products Global Alliance, a public-private partnership with The Home Depot and USAID, and served as Operations Manager for GFTN globally. She has served as Co-chair of the Board of the Forest Stewardship Council-US, a certifier of forestry best practices that WWF helped to found in 1994. Kerry has been involved with responsible forest management and trade dates for more than a decade. She had the opportunity to spend a summer working with First Nations on Vancouver Island, British Columbia in 2000 as they prepared for their inaugural timber harvest through a newly-formed company, Iisaak Forest Resources. The creation of Iisaak and its commitment to FSC had helped to end decades of conflict in Clayoquot Sound among environmentalists, First Nations, and logging companies. Iisaak received FSC certification in 2001 and inspired her master’s project and a career.